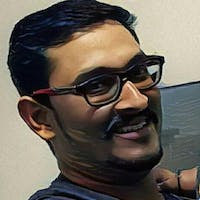 Tailwind isn’t the first utility CSS library, but it's quite becoming the most popular one in recent times. According to documentation, Tailwind CSS is a utility-first CSS framework for rapidly building custom designs.

Tailwind CSS is a highly customizable, low-level CSS framework that gives you all of the building blocks you need to build bespoke designs without any annoying opinionated styles you have to fight to override.

You can start along CDN path, by adding the link to html file. But, you will miss out of many features it has to offer, including customization and third party plugin installations.

Since this is scripted particularly for Create-React-App not included in its official documentation , let us take the npm path.

Add tailwind, postcss-cli and autoprefixer for all your styles

These files are used to customize tailwind in your project.

We will mention the postcss plugins we want to use in your project.

Create a css file (say, tailwind.css) at src/styles/ (it can be any location) and add following directives.

5. And finally, Generate your tailwind css

Open package.json and edit your script statements as below

This will be changed to

build and watch statements differ by adding a -w for watching the changes in the file and reload the css. What it does is tailwindcss directives are complied and updated in index.css file (already available in CRA).

And, start your project, Voila!

Tailwind generated huge interest as well as highest satisfaction among the community, as per State of CSS 2019. It avoids the tiring HTML-CSS switching and have your styles while you write your blocks.

Yes, I really love it. You should try it too.